All Categories ​ > ​ ​Common Questions from Classic users ​ > ​   Can I make release builds in DoneDone 2?

Can I make release builds in DoneDone 2? 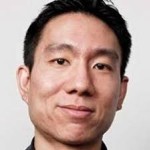 In DoneDone Classic, we had a feature called Release Builds.

The feature is really straightforward. At any time, you can bundle all the issues in your project that are marked as "Ready for Next Release" and move them to "Ready for Retest". The feature provided a text area to customize a message to team members, and you got a history of previous release builds.

In DoneDone 2, we've removed that feature, mainly because you can now create any type of custom workflow you want. Release builds were specific to the set of statuses in DoneDone Classic (which is now the "bug tracking" workflow you have in DoneDone 2).

However, you can still do something very similar in DoneDone 2 by using a combination of custom filters and the bulk edit feature.